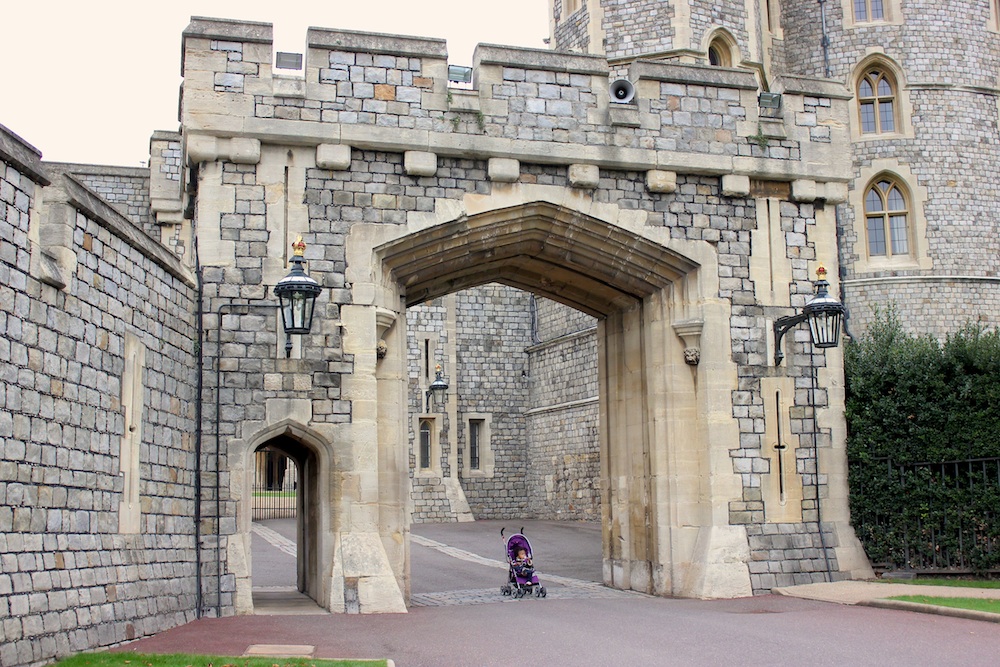 On the same day we visited Stonehenge, my parents took me to another playground called Windsor Castle. It’s where the Queen lives. Well, sometimes. It’s close to Heathrow Airport and planes flew over all the time. I like planes a lot and I point it out every time I see one just in case my parents miss it.

Papa expected the castle to be in the middle of a large park or something but it’s right in the middle of town. We parked almost in front of the castle where I got strapped in my stroller. Walking up to the castle, the streets were lined with people. They told us the Queen was about to pass by. How exciting! 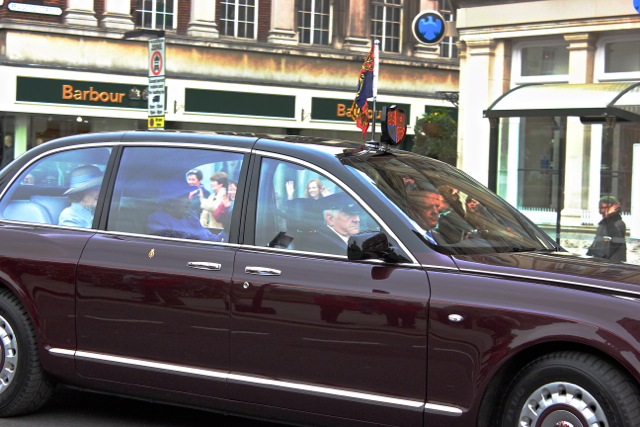 The Queen driving my in her car. She looked the other way :(

It didn’t take very long before her car showed up and the whole thing was over before I knew it. I did my part by waving but she looked the other way. It was a nice added bonus to the visit though.

The castle itself was huge. And boring for me. First we went to an old church where Mama talked to a lady about King Henry VIII. Mama is reading a book about him right now. He’s buried in the church and they forgotten all about him for a long time until they found him by accident.

After the church we went to the staterooms where my stroller wasn’t allowed in. Papa carried me instead. Hello? I can walk! And there were about 1000 things to touch and throw around. But it all looked so official that I didn’t dare to make a fuss about it and kept quiet.

First there was a massive dollhouse I wasn’t allow to play with and after that, room after room after room with long dinner tables, fancy beds, huge vases and paintings. Each room was as big as our whole apartment. Papa was whispering all kinds of things about ever room. How Kings and Queens used to live there in the past. He might not look like it, but he knows a lot of stuff.

When we got back outside they finally let me run around. I made a bunch of friends with the people in the souvenirshop and some men in red outfits and big black fuzzy hats. They wouldn’t smile at me though.

The castle wasn’t exactly my cup of tea. Maybe when I’m 10 years older I’ll like it better. But at least it wasn’t a pile of rocks. And there was lots to look at, people to make friends with and planes to point out.

Tips from Papa
Windsor Castle is impressive. It looks exactly what you expect a castle to look like. The inside is also interesting but with a 15 month old baby you’ll need to keep a steady pace because you know you have a ticking time bomb that can go off if you take too long. The old town next to the castle is cute. Touristy of course but I’ve seen a lot worse.