The Olympic Cauldron was built for the Olympic Games. Loooong before I was born.

Earlier this summer we were in Vancouver, Canada. There’s nothing like summer in Vancouver. When Papa comes home from work I just yell “FIETS”, that’s Dutch for “bike”, until he takes me. Sometimes that involves throwing some toys around for dramatic effect. I get timeouts for that but it’s an investment that pays off because we usually end up going. 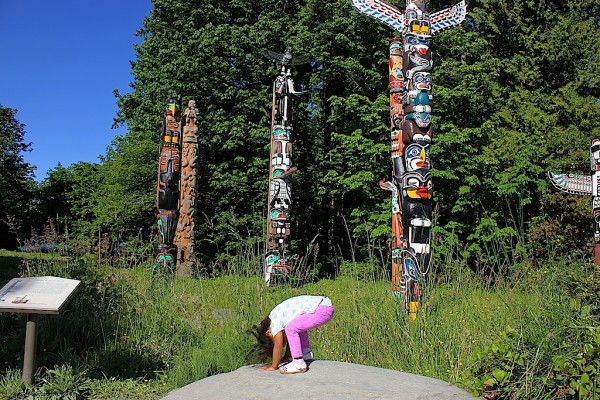 Downward dog in front of the Stanley Park totempoles

I’m also into Yoga right now. Not by choice but by accident. When I’m in trouble I put my head between my legs and apparently that’s called Yoga. I’m way ahead of my time. The position in question is called “downward dog“. Now whenever Papa or Mama yell “downward dog” I’m humouring them and take the position. 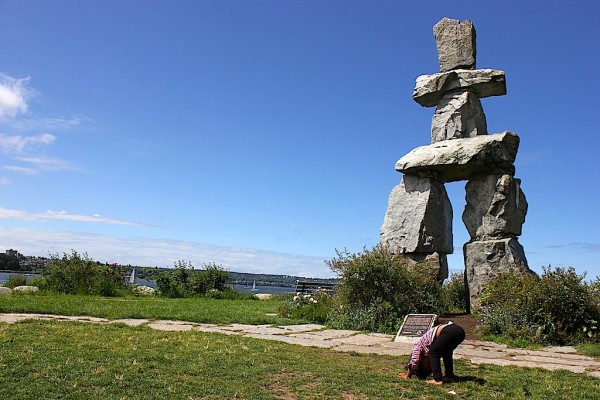 Most of the time we bike around the seawall. I love the seawall because there’s so much to see and point out to Papa. I’m really into Inukshuks right now. I’m also into the letter “B” by the way. Inukshuks are a bunch of rocks piled up and shaped like a person. There’s one close by where we live. I yell “nukshuk!” whenever I see it. Sometimes a kilometer away. A lot of people laugh when I do that. 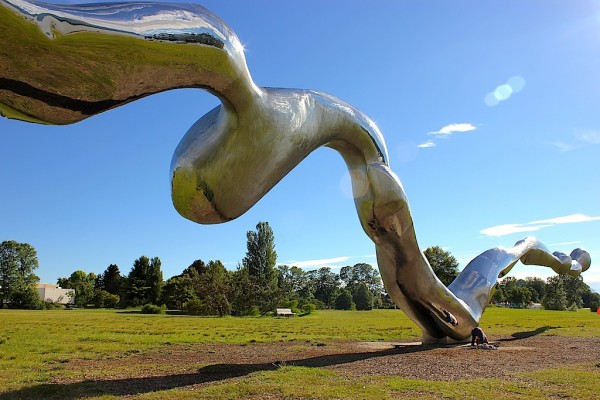 There is a lot of public art on the seawall. Art is strange. A lot of it looks like nothing. But it doesn’t have to be. Art is not just a skill to create something realistic, it’s also about creating something unique or something that creates an emotional reaction from people.

I do a lot of colouring right now that doesn’t look like anything either. And I do a lot of it on the walls and floor of our house and that creates some strong emotions from Mama and Papa. I’m well on my way to becoming an artist. Here’s some of my favourite art along the seawall in Vancouver. 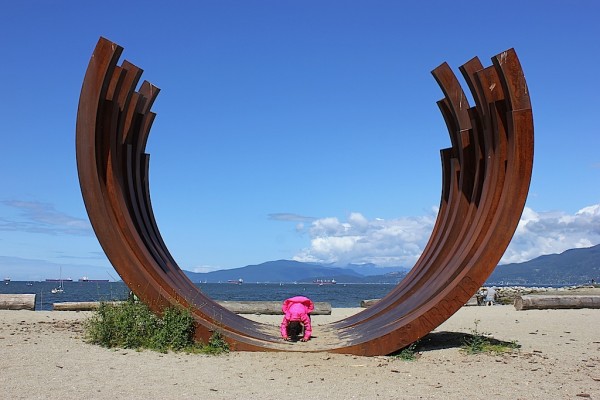 Bit metal Arches on the beach in English Bay 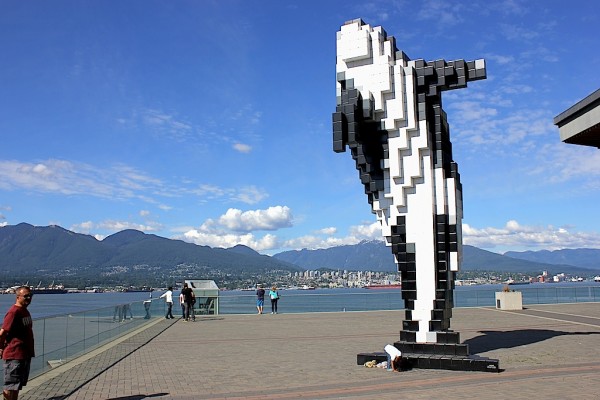 This Orca is made by famous Canadian artist Douglas Coupland. My peeps Ollie and Leo are behind me.