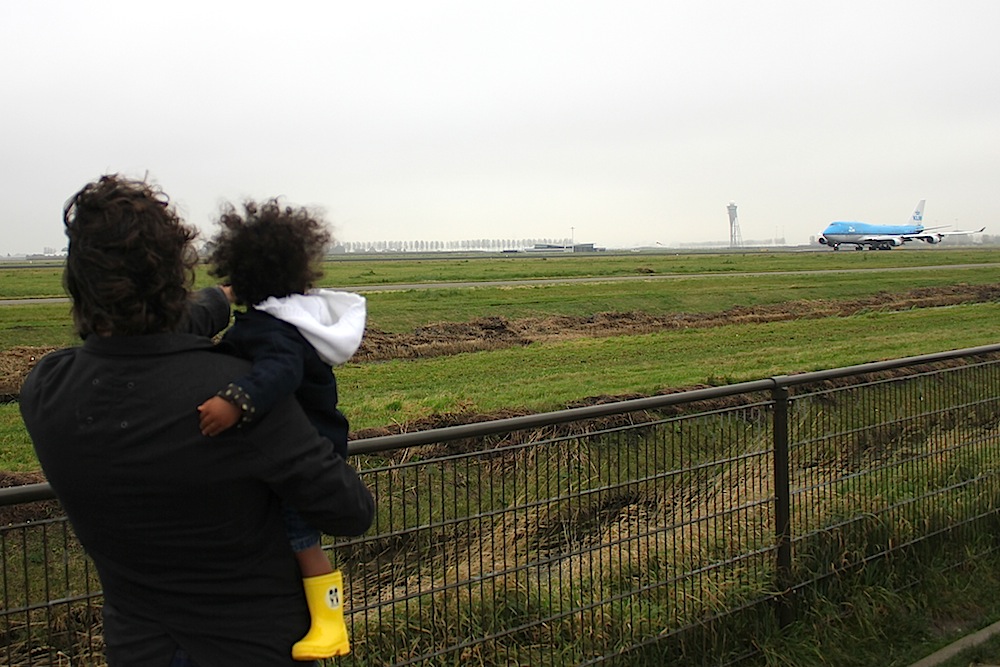 Planes are as much fun to watch as to travel with

I like planes. Every time I see or hear one I will point it out to Papa and Mama. We’re in the Netherlands right now and there’s a lot of them everywhere. Pointing to the sky is a full time occupation for me. Papa calls me a planespotter and took me to the place where they go into the sky! Apparently it’s a populair thing to do in the Netherlands and Oma is a big of an expert. Mama said we were nuts. 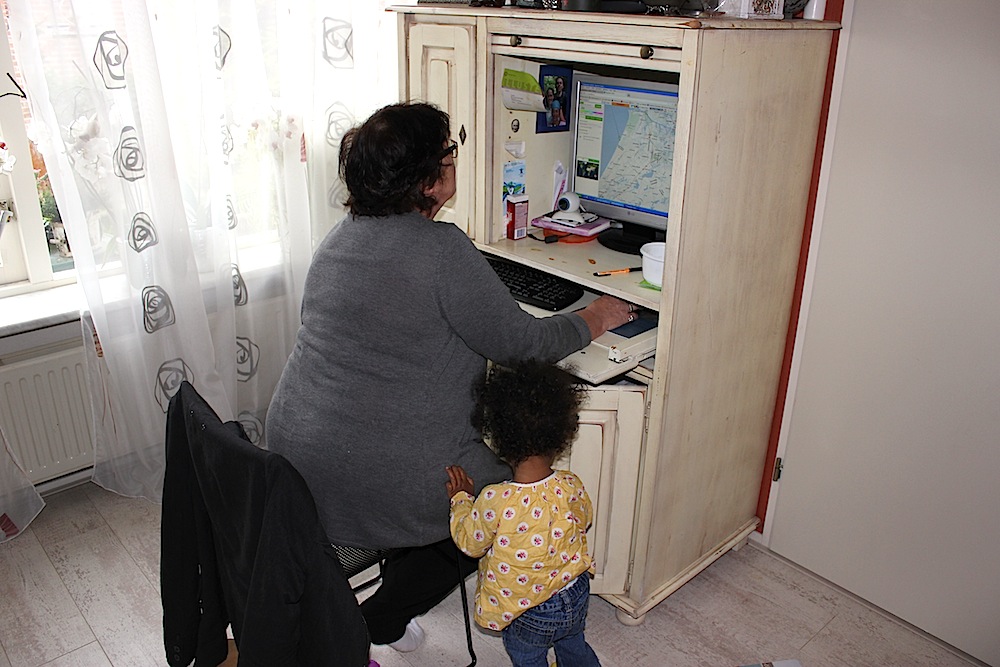 Oma checking out what runway to go to

First Oma when on the internet to find out where they were taking off from. Then we jumped into the car and drove for a while. 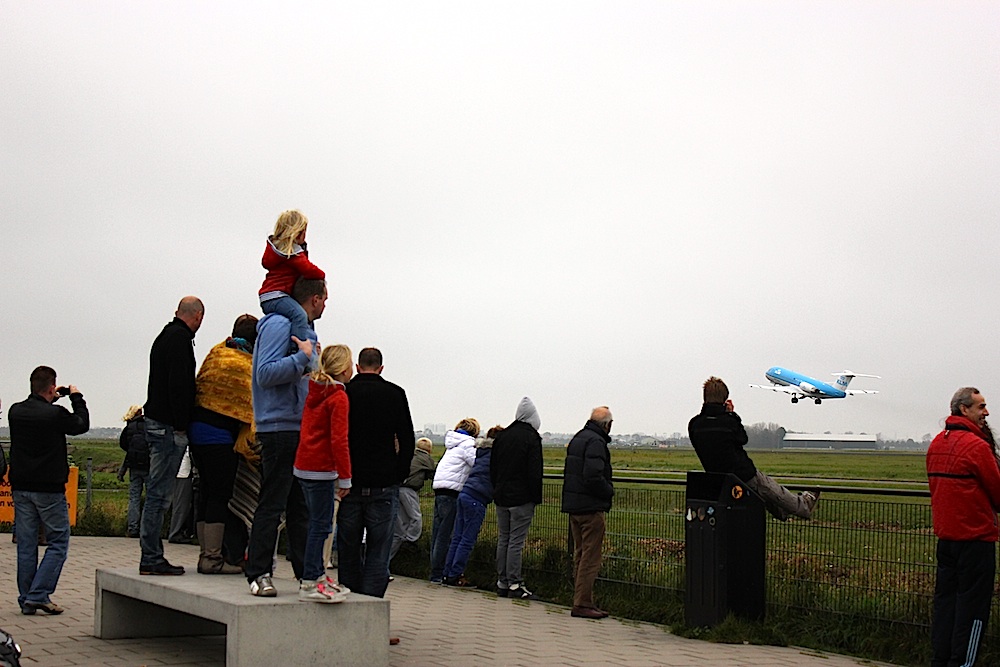 I’m not the only one who likes planes

When we got to the place, there were a lot of other people. Apparently I’m not the only one who likes plane spotting. There were at least 100 people. Papa talked to some of them. A lot of them had cameras with long lenses. They are here a lot. Some almost every day. 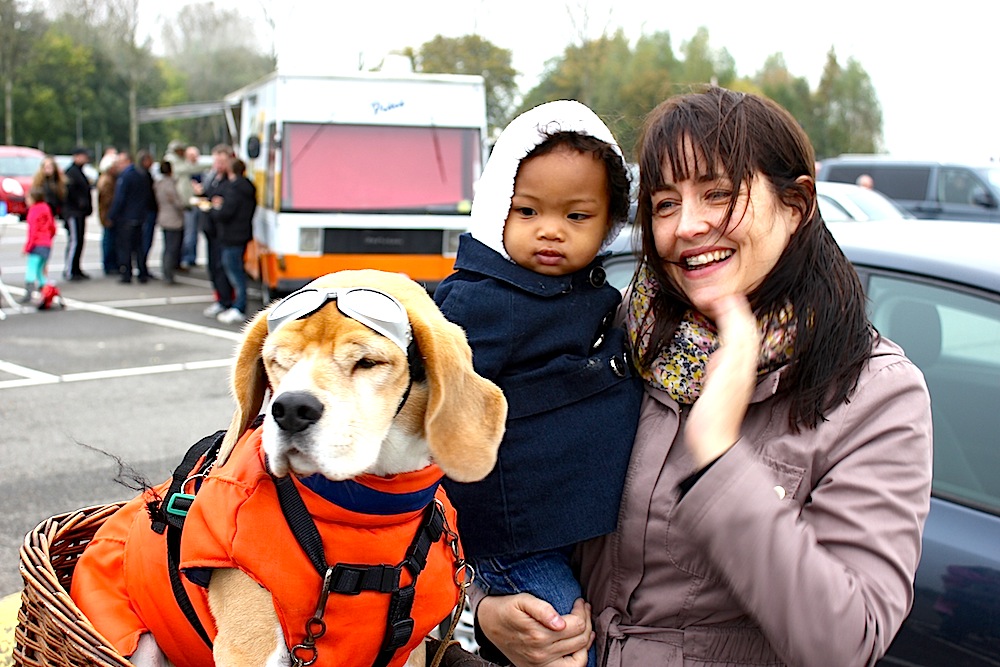 One of the plane spotters was a dog. I like dogs as much as planes. I point them out as well while yelling DOH. 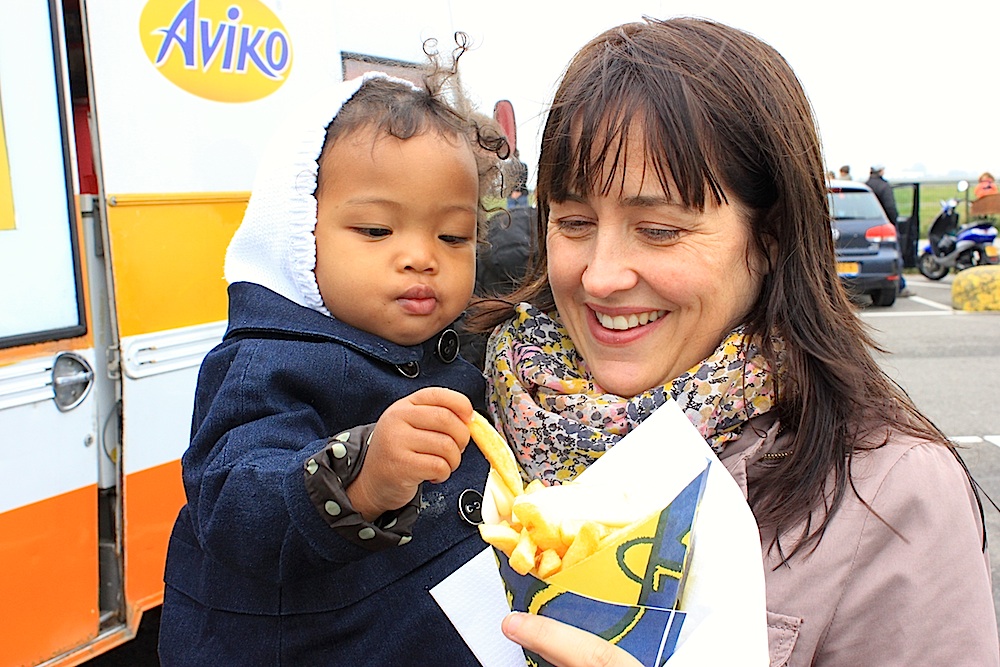 The best food in the Netherlands is fries drowned in mayo

The plane spotting place had everything I need. Planes, dogs and good food as well. I shared my fries and mayo with Mama. This place must be one of the top tourism attractions in the Netherlands!

Plane spotting is pretty big in the Netherlands. Schiphol is a big airports and in about an hour you’ll see many planes of all shapes and sizes take off. If you bike or walk a bit you can get even closer. Don’t park your car outside designated spotting areas, the fine ranges from €250 to €750 according to one of the regulars. The official spotting places is where you want to be anyways. There are outhouses, food trucks and really interesting characters to talk to. If you like planes, it’s worth spending the hour or two.