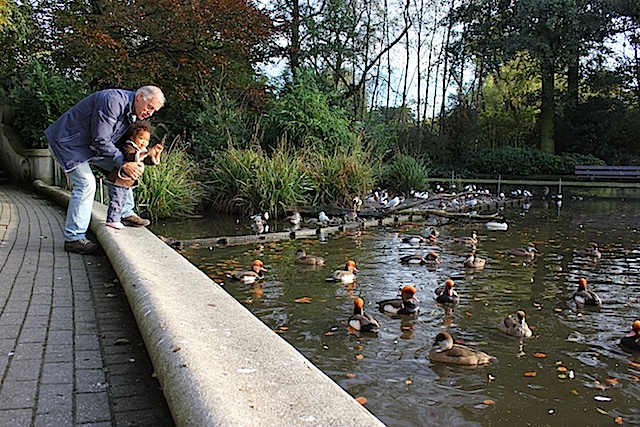 Many strange ducks in this pond, including Opa.

Mama doesn’t like zoos and I went with Papa and Opa to Blijdorp in Rotterdam. I like animals and there were a lot of them in all shapes and sizes. I have a book at home with a lot of animals and I knew a lot of the sounds they make. I was yelling sounds every time I saw an animal even if I wasn’t sure. Papa and Opa were playing along with my game. 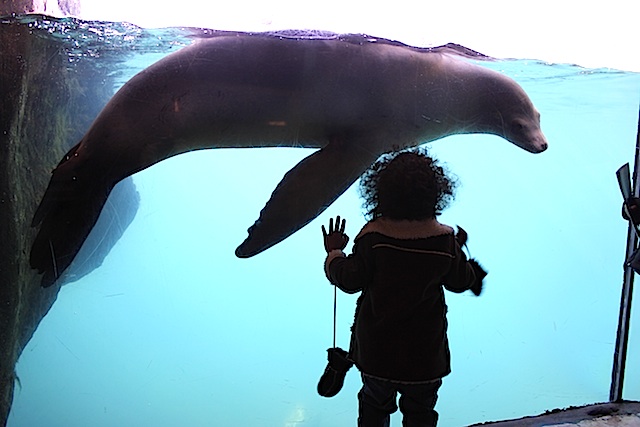 Making friends with another seal.

We started in the aquarium where I made friends with another seal. I saw one in Victoria once from a dock but this time I went eye to eye. He was really nice and came by a few times. I blew him a kiss. There were a lot of fish as well. Some of them have a lot of colours. Others look a bit scary and penguins are funny. 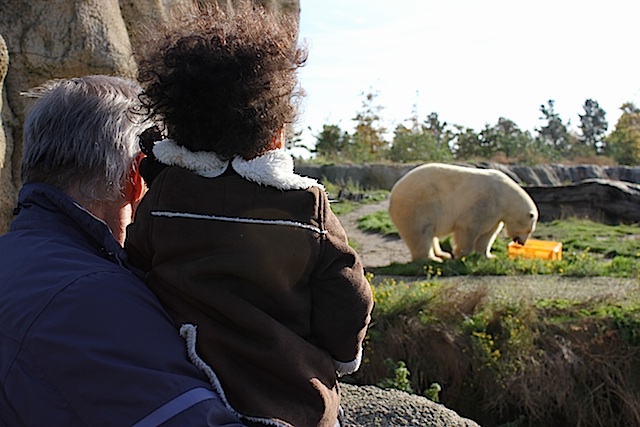 Then we saw a polar bear. He was very big. Papa told me they also live in Canada. I want to visit them in Churchill one day. We saw many more animals. There was a big bird with big eye lashes who tried to steal my cookie. I also like the prairie dogs. They were funny and one almost climbed on me. We also saw a train! 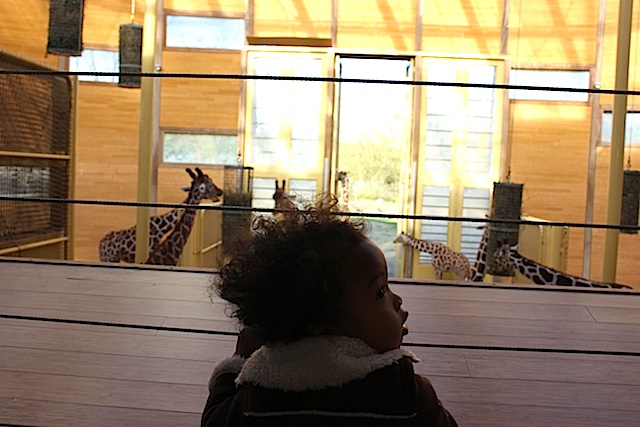 The African savanne was very cool. I saw Elephants, Monkeys, Zebras, Lions and more. To see the giraffes you had to climb high because they are so tall. Maybe it’s because they hang their food so high.

There were many more animals and a playground. Opa bought me an treat and Papa bought me a snake we call Simon.

Zoos make me a bit uncomfortable but Blijdorp is nice. It looks modern, organized and the animals look well cared for and the people who work there seem to have a genuine passion for what they do. For a child it’s a great day out.